Octopus In a Can 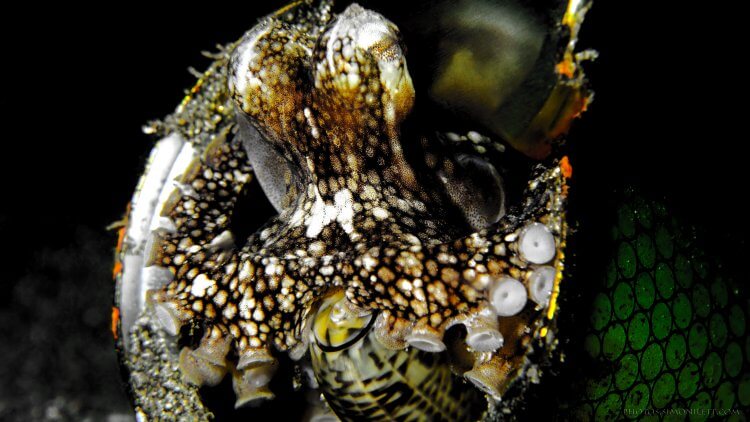 Octopus In a Can, Holding a Snail Gun

Don’t worry, this isn’t like Chicken in a can, not sure what I’m talking about, Google it. I took this photo on my all time favourite night diving experience ever, in a little place named Anilao, in the Philippines, 3 hours South of Manilla by bus. Great sleepy little place to visit, oddly it’s also a macro critter paradise. Think Frog fish, Nudi’s, Ambon Scorpions, Dragonette’s, Sea Horse & Robust Ghost Pipe fish to name just a few of the things we saw regularly there.

On this particular dive we waited till around 8pm and jumped in at the jetty, the guide was fairly bemused, he knew this dive site very well, he was expert at finding buried critters like Bob Tail Octopus and Juvenile Coconut Octopus. But for me the best part was the larger Octopus, if you haven’t guess yet, this was basically a Cephalopod dive, not sure I remember seeing anything else except for some crabs here and there. The whole place was literally swarming with Octopus.

Every piece of garbage, including this can seemed to be home to an Octopus. I wasn’t sure what to photograph half the time and 100 minutes went like the snap of a finger, I truly wishes we hadn’t waited till the last night there to night dive, I would have been in there every night had I of known just how exceptional those dives could be!

Anyway, here is a photo of an Octopus in a can, the reason I chose to upload this photo is the odd behavior of him carrying that shell underneath him. That is most certainly a cone snail, a very deadly ocean critter whose harpoon will instantly kill fish and do some real damage to us humans if we were to pick it up. I’ve tried to Google why an octopus would be holding that shell, beyond the obvious, like feeding. Now when photographing him, the Octopus had no interest in opening this shell, it wasn’t trying to crack it, or get arms inside to rip out the snail & there were far easier targets for food everywhere, including, krill, shrimps, crabs, flounders & other random critters.

I have a funny feeling that the Octopus in that area have somehow learned to use cone snails as a weapon, either for hunting fish, or possibly laying traps. Think about it, if you are smart like an octopus and you like to eat fish but they don’t like coming close to you, the best thing to do would be find a tool that catches fish for you. Conserve your own energy and let someone else do the work. Enter the Cone Snail, set it like a bear trap, once sprung, come back and collect your fish.

I personally did not witness the Octopus doing this, but I saw multiple Octopus that night collecting a, or carrying a single cone snail around. I saw absolutely no evidence of Octopus eating them and there was no broken cone snail shells around their homes. I’d love to go back and try to confirm my theory!

Be the first to review “Octopus In a Can, Holding a Snail Gun” Cancel reply 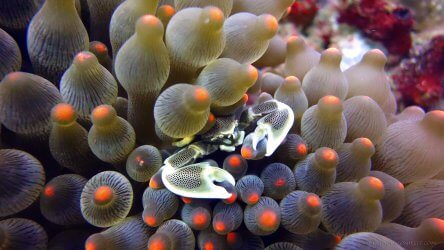 Myanmar is an amazing place, full of wonderful and weird macro life, this was nto exception, I've only one time ever seen an Anemone Crab in a Bubble Anemone like this one. I see the Anemone crabs usually tend to hide in the typical Anemone's the Bubble Anemone tends to be the home of Saddleback Ane [...] 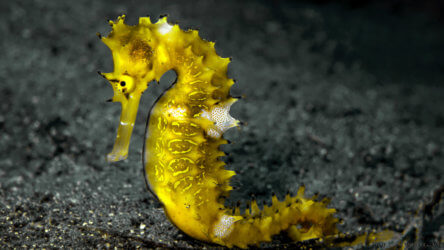 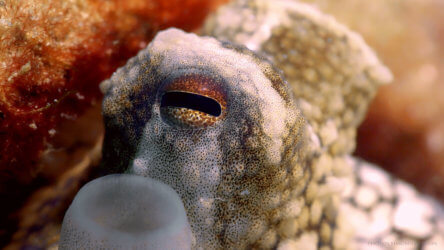 A hidden treasure of scuba diving here in Phuket is a famous beach named Kata, midway between Patong and Rawai you will find a nice long stretch of sand with an amazing amount of macro and other critters hiding in its sandy expanse. If you are a fan of Octopus then Kata Beach diving is a must if [...]