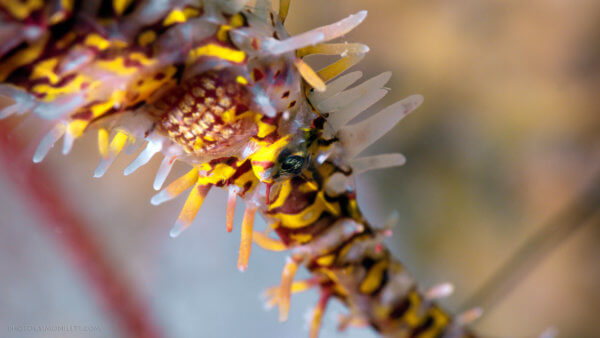 First scuba dive of the Phuket 2018 – 2019 high season. Me, my usual buddy plus her brother and his girlfriend, 2 wonderful easy dives at Phi Phi Island with Aussie Divers Phuket via their luxury speedboat scuba diving day trip package.

The only annoying part was that I had just gotten over a nasty round of man flu and my sinuses were still playing up something severe. Last dive on Shark Point on our way home is more of a pinnacle dive, unlike the easy going dives of Phi Phi; Shark Point requires a quick descent due to unpredictable currents.

As predicted though my sinus issues prevented a speedy descent and I was stuck hovering 10 meters above my dive group for the first several minutes of the dive, following along as best I could in mid water. Thank the gods of the ocean (Poseidon, Aegir, Neptune) that there was no current on this day, or it would have been a very short lonely dive.

As I finally descended to meet the group, I’d been focusing on a sea fan on the opposite side of the rocks the group had mostly stayed on down at 15 meters. I honestly thought I could see a Sea Horse from my vantage point, there was definitely something dark and relatively large in the sea fan, I probably wouldn’t have seen it if I wasn’t forced to hover above it up at 5 meters.

When I finally got down to this sea fan and my sinuses stopped trying to implode, I didn’t find a Sea Horse, but I did find this Ornate Ghost Pipe Fish instead, I knew I had seen something odd and slow moving in the sea fan!

Ornate’s are intrinsically difficult to take photos of, they hate lights, they don’t like divers much and noise of any kind spooks them deeper into their coral homes. My advice is to be quick, 2 or 3 photos with the best lighting prediction settings you can manage, because once you annoy them, they will keep their backs to you at all times to keep your camera lights out of their eyes.

Posted in Syngnathiformes on November 4, 2018. 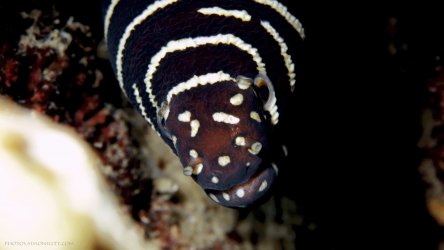 Zebra Moray Is The Shyest Of Morays

Apart from being rare, hard to find & beautiful, the Zebra Moray is also annoyingly bashful, preferring to spend it time hiding from anything even remotely resembling a camera or scuba diver. Here in Phuket, where I found this one, we see them very very rarely, there is no dive site we can conclusiv [...] 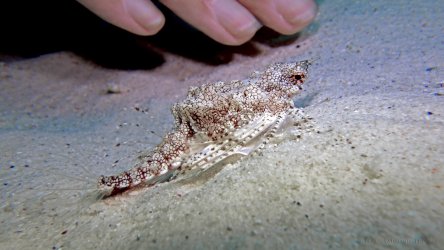 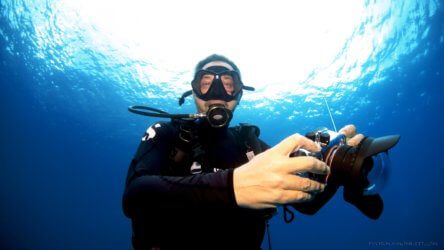 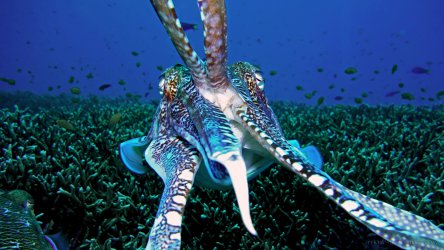