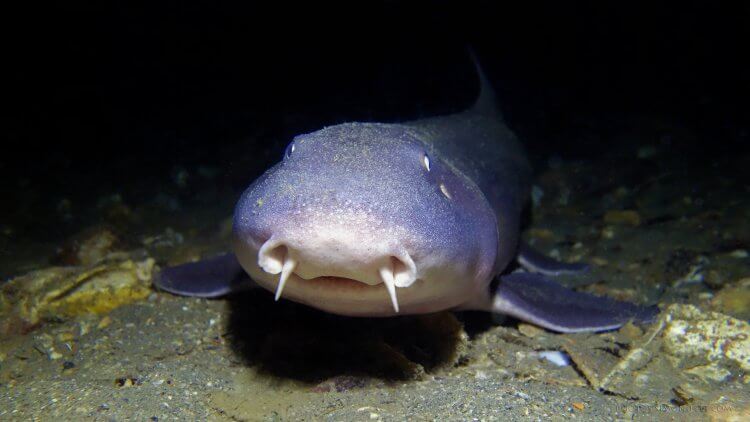 On a day with insanely strong current and 1 meter visibility I decided to go hunt for one of my favourite subjects, Sharks! Thankfully I know where a few Bamboo Sharks like to hide out during the day and thankfully they were where I had hoped.

During the day these little guys, only about 4 feet long, are extremely placid and relatively friendly to big lights. They do eventually move off but sometimes I’ve gotten maybe 3 – 4 minutes with them staying perfectly still, which is nice, because the silt where you find them is so fine even tiny movements will kick up so much particulate matter that photos are impossible, try doing this with customers or students!

I managed to get this photo because for once the Shark had not positioned himself in a pile of sea Urchins giving me a flat space in front of him to work with, so I lightly touched down on the silt careful as possible, creeped my way toward him ever so slowly, all the while at 30 Meters and running very low on my No Deco Time, but as I got closer he lifted his head, possibly to see me better and that is when I got the shot, one of my all time favorites of these cool little predators.

Be the first to review “Smiling Bamboo Shark” Cancel reply 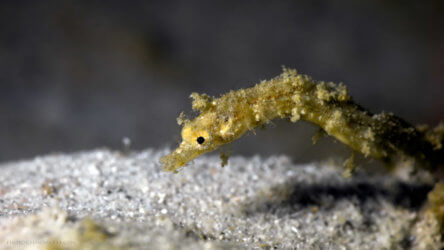 Since we started diving Kata beach in Phuket for the exquisite macro we have had a short list of critters we 100% believe are also out there in the algae and the muck. Here is that shortlist in case you were wondering. Blue Ringed Octopus Pygmy Pipe Horse Leafy Scorpion Fish On Sat [...]

I think many photographers, due to their being common, disregard Lion fish as subjects for their photo's, after spending four months diving in the Caribbean where Lion fish abound in un-maintainable numbers, you do get sick and tired of seeing them. Currently or at least when I took this photo I was [...]

Algae Octopus – Up Close & No Cropping

It's a lovely day when you can get close enough to normally skittish sea monsters to capture a photo of their eye sockets. This photo was taken on a Kata Beach Scuba Dive a few weeks ago and I kinda skipped over it while browsing my shots but bumped into recently on a recheck and though, hey this is [...] 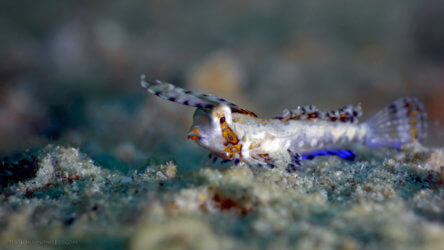