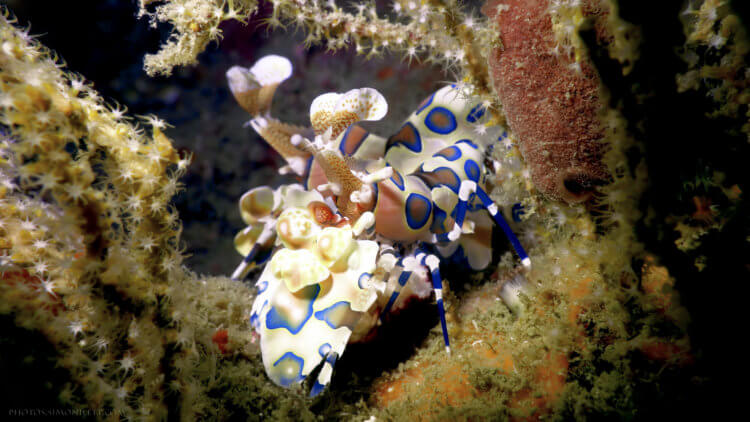 It’s no real surprise that Harlequin Shrimp are the most prized of all the shrimps for U.W Photographers, they have so many strange characteristics and qualities that you can’t help but be fascinated by their alien looks and their odd little behaviors.

You tend to find them in a mating pair in a lot of cases, and the general speculation is that you find them like this because they need to feed before going and making little Harlequins, so the mating pair will venture out, find a nice big ol Sea Star and chop off one of it’s arms for dinner.

The hungry couple then spend their next few days, or weeks and even sometimes months, guarding & devouring the Sea Star arm. Each time you visit a local couple of Harlequins like this, you will see slightly less of the Sea Star and once it has been eaten fully, the Harlequins will surely disappear.

So don’t miss any opportunity to photograph these little guys, they won’t show up in the same spot twice, though sometimes from year to year they do return in a location somewhat relative to the old one, but usually well removed. They seem to enjoy roaming inside the coral structures and rocks when not outside feasting on those tasty tasty Sea Stars.

Be the first to review “Harlequin Shrimp” Cancel reply 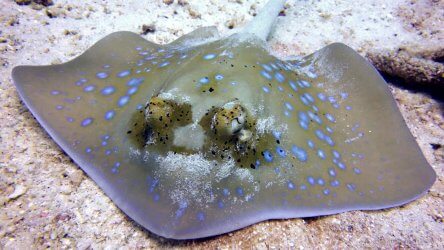 When talking to people about the Dasyatis kuhlii we refer to it as a Kuhl Stingray, so of course every body then asks us 'why is it so cool', we usually walk away at about that point, admittedly they are cool, but I'm not going to tell my customers with 6 dives that we are probably going to see a 'D [...] 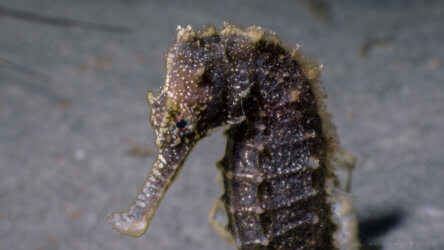 Continuing on with Seahorse week I would like to introduce the Kelloggi Seahorse (Hippocampus Kelloggi), or also known as the Great Seahorse, not sure what is so great about it compared to other Seahorses but it's still pretty cool. If you want to identify a Kelloggi, look for a backwards curved [...] 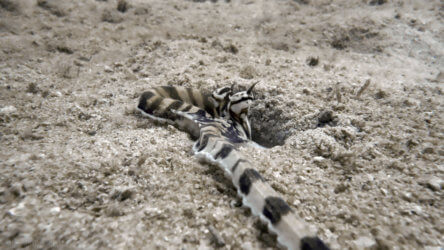 They say you never forget your first time, many of us probably want to forget it, but, alcohol can only undo so much. Anyway the point here is that my cherry finally got popped, my first ever Mimic Octopus! It has taken five years and a lot of diving all over the world to finally have had the luck t [...] 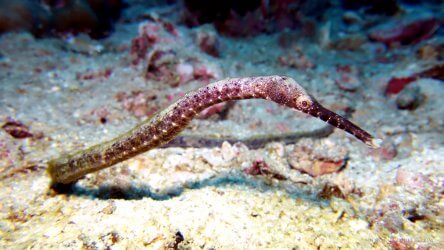